This is a traditional type of rye bread developed in Germany and made from ground whole rye berries and rye flour. Traditionally, the rye berry is boiled and steamed to soften it enough to make the bread. The end result is a dark and fairly heavy loaf of bread. Traditional pumpernickel doesn't have any added coloring or sweeteners, though it does have a slightly sweet taste.

Unlike pumpernickel, dark rye is made of coarsely-ground flour ground from the endosperm with some of the bran and germ included. It uses a sourdough starter to ferment the grains. Dark rye is said to be similar to light rye except that for the use of darker flour, molasses and sometimes even cocoa. Caraway seeds are also frequently added to dark ryes.

Light rye uses flour made only of the endosperm which is ground into fine flour. Like dark rye, it also uses a sourdough starter. Light rye flour is also used to make rye quick breads and biscuits. Light rye bread will absorb less water than dark ryes, causing it to be lighter after baking. In the United States, commercially-made dark and light rye are commonly made in combination with wheat flour.

Marbled rye is traditionally the combination of dark and light rye.

Crispbreads have a long history in Scandinavia and east-central Europe. They're usually fermented with either yeast or sourdough. Like other types of rye bread, they can be made with light or dark flour. They are very portable and have a very long shelf life.

If you've never had a piece of rye bread, try a plain slice before adding a topping or making it into a sandwich. Rye breads tend to have a unique flavor that goes well with different types of meats (such as fish) and cheeses. If you don't like caraway seeds, look for breads labeled "unseeded".

To learn more about this topic, visit a local bread supplier. 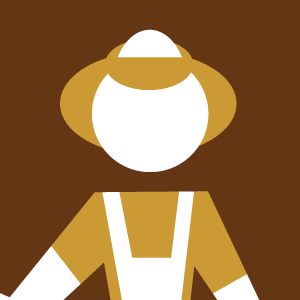 When I started managing a restaurant, I realized that we needed to improve the quality of some of our dishes. Instead of trying to figure out how to create a glorious bread basket in our own kitchen, I decided to work with a great bakery down the street. That single decision bolstered our business and helped us to enjoy an unparalleled level of success. This blog is all about what to look for in a better bakery, and how to enjoy bread on a whole new level. You never know—you might be able to create bread dishes and sandwiches that are better than ever before.